In the Borssele III & IV wind farm in Zeeland, 2400 flat oysters were placed around the foundations of wind turbines. The trial will investigate whether oysters can establish themselves permanently in the wind farm and whether this attracts new nature. Erwin Coolen, programme director of De Rijke Noordzee: 'This will give wind farms a dual function: supplying energy and strengthening nature. It would be fantastic if in the future an oyster reef could grow at the foot of every wind turbine.’

This is a joint initiative of De Rijke Noordzee and wind farm consortium Blauwwind. Oysters have already been released into wind farms in the North Sea, but this is the first time that the foundations around the turbines themselves have been used for this purpose. Native oyster reefs have virtually disappeared in the Netherlands. With the release of the animals, the organizations hope to learn how they can restore the oyster reefs. They expect that when the oyster reefs return, they will attract all kinds of other marine life such as lobsters, crabs and fish.

Foundation
The current around the foundation is very strong. Therefore stones are deposited around the base of the foundations. This stone deposit protects the soil under and around the wind turbines against erosion and is now also used for the oyster trial. The researchers have lowered so-called oyster tables on the stone deposit. ‘We hope that oysters will feel at home around the piles. That they will grow, reproduce and the young oysters will settle on their bases,' says Coolen. The research will take eight years. Next year another layer of shells will be deposited, on which the young oysters can settle.

Gaining knowledge
The oyster placement took place in wind farm Borssele III & IV of Blauwwind. This wind farm is approximately 55 kilometers off the coast from Vlissingen and is still under construction. Once completed, the wind farm will supply green electricity equivalent to the consumption of 825,000 households. With all the developments taking place in the North Sea it is important to protect nature', says Roeland Borsboom, project director of Blauwwind. In the future, every wind farm could be a nursery for underwater nature. We are proud that with this project we can make a contribution to the knowledge needed for this', says Borsboom.

The Rich North Sea
The research with Blauwwind is one of the projects carried out by De Rijke Noordzee. De Rijke Noordzee was founded three years ago by environmental organizations Natuur & Milieu and Stichting De Noordzee, based on the belief that wind farms are the future hotspots for nature enhancement in the North Sea. Because no fishing is allowed in the parks, nature is given the opportunity to recover and flourish again. In close collaboration with the wind-, hydraulic engineering sector and science, the organization aims to develop a blueprint for nature development in wind farms in the Netherlands and eventually worldwide. Thanks to a contribution from the Dreamfund of the Dutch Postcode Lottery, the Rich North Sea can realize this ambition.

More information
The oyster placement has been captured on video and photos. We would gladly make more material available on request. 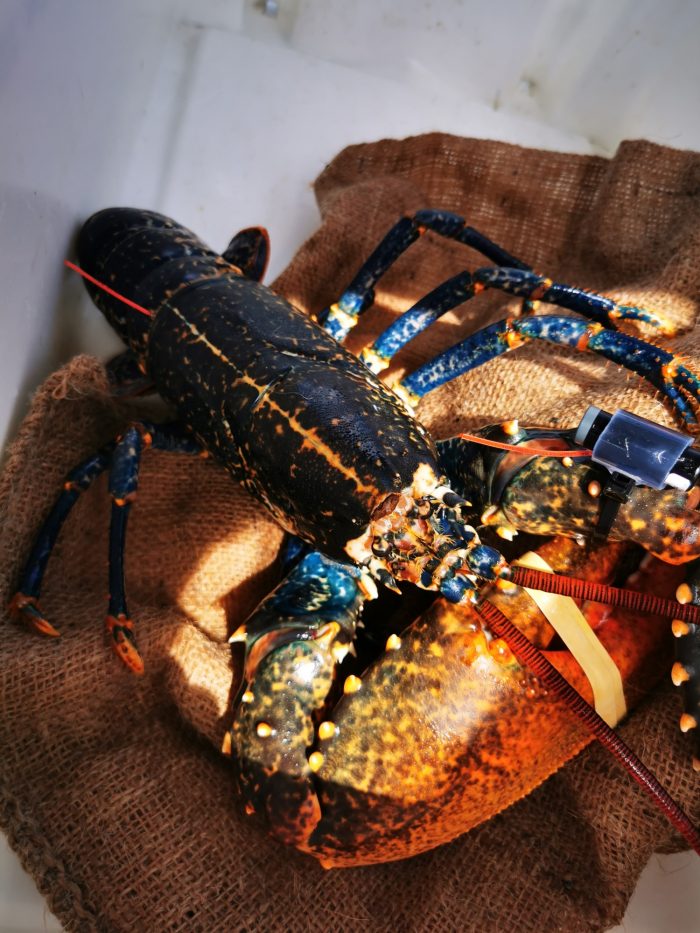 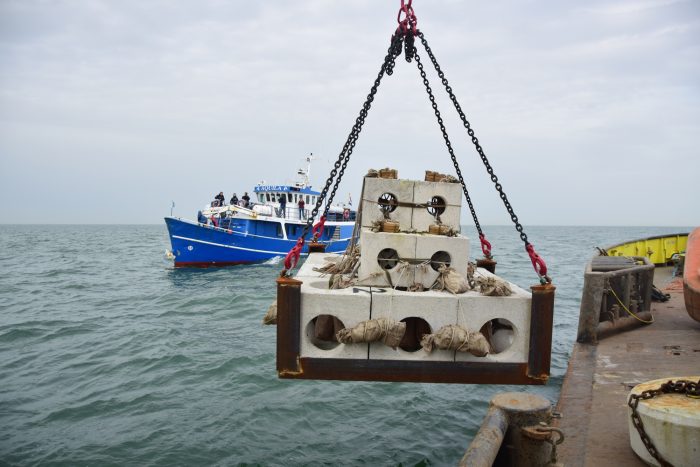